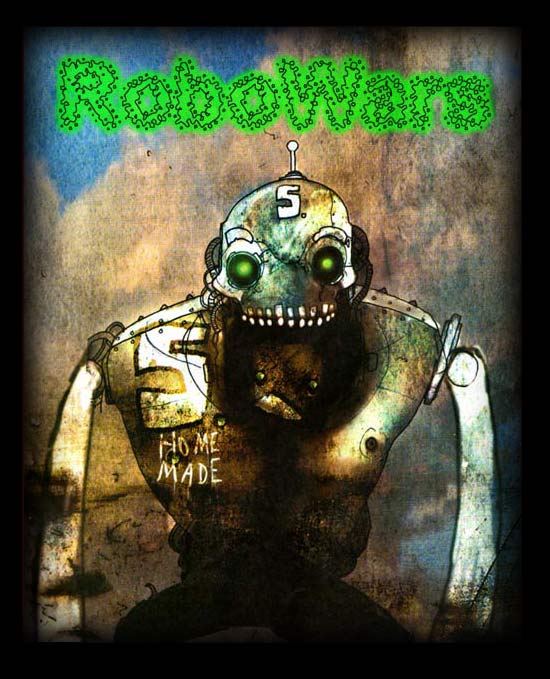 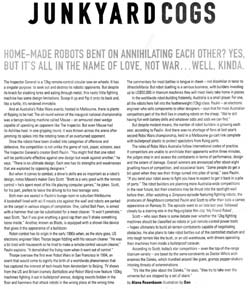 Click on the Image above for a Hi-Res copy of the Article
or download a PDF (1.6 MB) of it here

(Australian Personal Computer) Magazine
Australia's biggest computer magazine is doing a feature on Robotics, with a side-bar on the sport of Robot-Wars.

The Pulse in The Bulletin
(original Article is Here)

ATTACK OF THE KILLER ROBOTS
Robot wars is about to descend on Australlia, Simon Sharwood reports.

Visitors to Melbourne beware: aggressive, heavily armed robots are about to attack the Victorian capital.

However, the mastermind behind the attack, computer consultant Brett Paulin, 33, is no evil genius intent on conquest. He is the organiser of Robo Wars Australia (www.robowars.org), a carefully staged day of competition at Melbourne's Sidetracked Entertainment Centre on December 20.

Robot combat is popular in the United Kingdom, where it spawned the television series Robot Wars in which radio-controlled robots packing weapons such as circular saws and hydraulically powered hammers attempt to immobilise each other in three-minute battles. In the United States, where a national championship is held, some high schools have adopted a robot-building curriculum.